Most print material is located on Floor 2 of the McClay Library.  High demand reading list titles will located in the Short Loan collection on the Ground Floor.

M followed by a number

This is the sequence of books ordered by subject matter.  The most important/relevant categories are listed below. The in-between numbers continue fairly logically with related minor subject areas. The music of many different countries, for example, takes up most of the numbers between M120 and M170.

Biographies and criticism of individual composers and their works

The works about individual composers are arranged alphabetically by composers’ surnames. The shelfmarks are developed by adding letters after the letter “M”

Significant composer biography and criticism collections are found as follows:

At QUB Library the scores are indicated by a lower-case “s” followed by another lower-case letter to indicate the size of the score (“sm” – for “miniature” scores; “sq” – for “octavo” and “quarto” sizes scores; “sf” – for “folio” size scores). 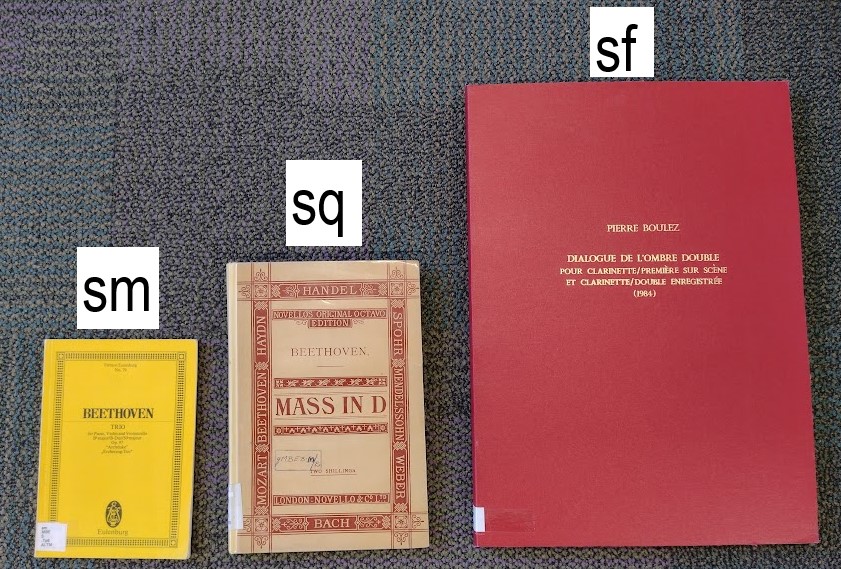 The shelfmarks of all score are developed by one of the above prefixes followed by the letter “M”. For example:

The shelfmark is developed by adding after the symbols “sqM”:

For example: the shelfmark “sqMBE3.O” indicates the score for the opera Fidelio by Ludwig van Beethoven.