Search the Oxford Dictionary of National Biography and the Dictionary of Irish Biography Online for biographical information on the musicians and composers featured below. Bunting and Moore also feature in our Eighteenth-Century Ireland Exhibition Booklet. 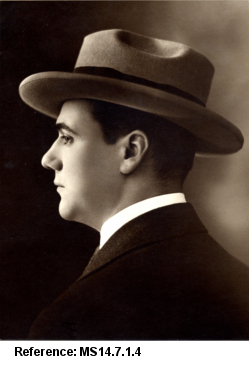 Collection of holograph manuscripts of the composer and conductor, Sir Hamilton Harty, featuring full  and part scores to a range of orchestral and choral pieces composed or arranged by Harty, c 1900-1939. Included in the collection are arrangements of Handel and Berlioz, whose performances of  which Harty was most noted, and autograph manuscripts of approx. The collection also contains an  incomplete autobiographical memoir, letters, telegrams, photographs and various typescript copies of  lectures and articles by Harty on Berlioz and piano accompaniment, c 1926-c 1936. The collection  also includes a set of 5 scrapbooks containing cuttings from newspapers and periodicals, letters,  photographs, autographs etc by or relating to Harty, compiled by his sisters-in-law, Olive and Nell  Baguley. 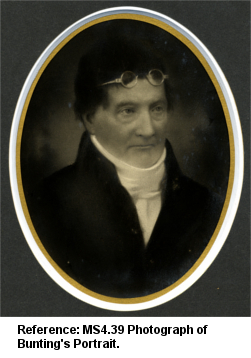 Major collection of Irish musical manuscripts, notebooks and correspondence etc concerning the work of the Irish Music Collector and Musician, Edward Bunting (1773-1843) arising out of the Belfast Harpers Festival of 1792 and published in ‘A General Collection of Ancient Irish Music’ in 1796 (revised 1809 and 1840).
Bunting Collection (MS4) - Listing

Digitised material from the Bunting Collection 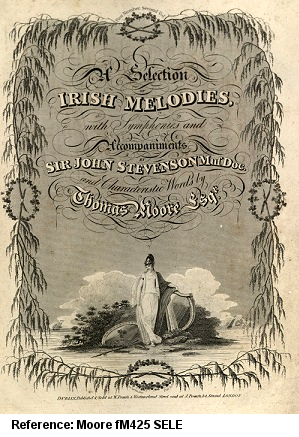 Thomas Moore was one of the most prolific versatile authors of the Romantic era. The Gibson-Massie Thomas Moore Collection housed in Special Collections is believed to be the largest collection of Thomas Moore ephemera. 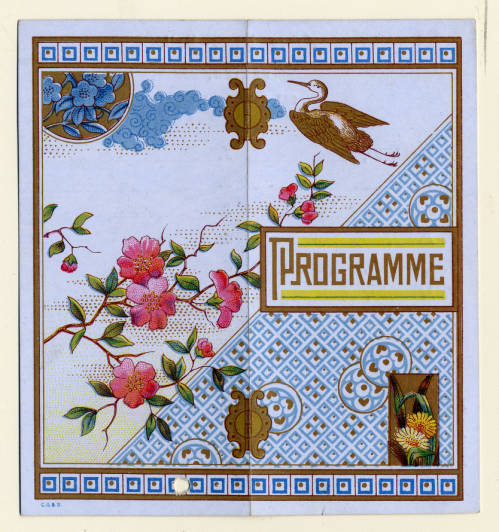 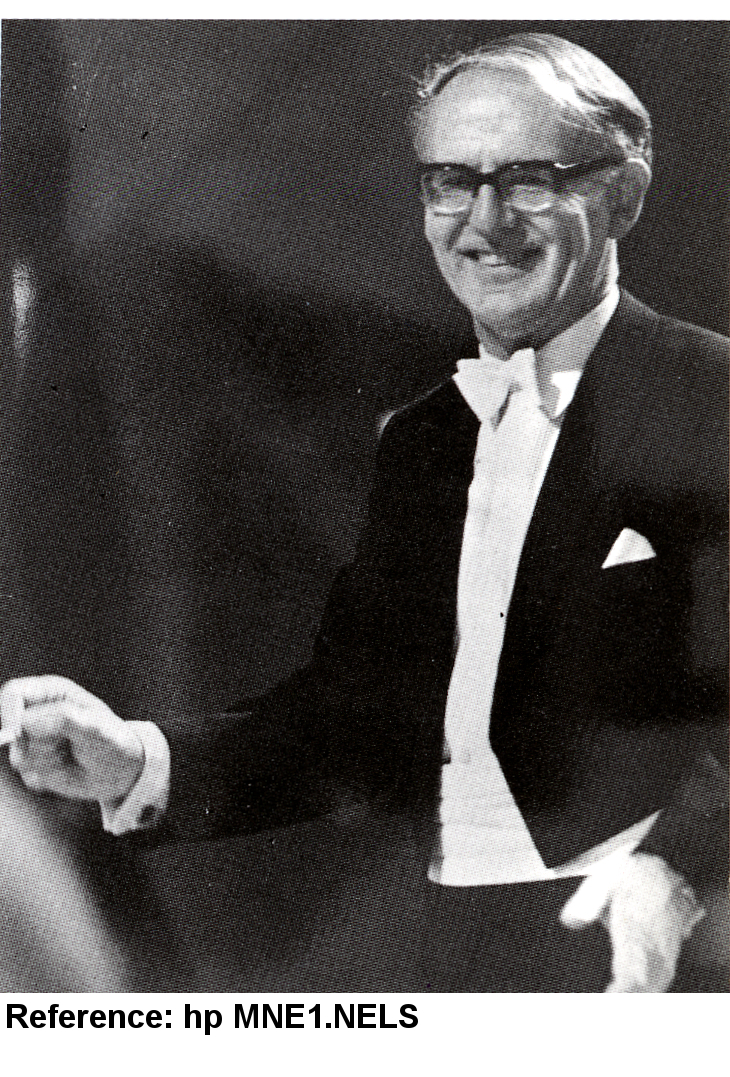 He completed doctorates in both medical science and music and joined the medical staff of the RAF in 1943. After the war he chose music over a scientific career when he joined the BBC in 1947 as a staff accompanist: in this role he took part in any and all musical output of BBC Northern Ireland, accompanying recitals and concerts, providing background and incidental music for example. As nearly all of the station’s output was live at the time, his work and voice became very well known to the people of Northern Ireland.

Alongside his work with the BBC he was instrumental in the foundation and success of such organizations as the Studio Symphony Orchestra, the Ulster Singers, the Studio Opera Group, the Trinidad and Tobago Opera Company, as well as adjudicating festivals across Ireland, the U.K., Canada and the West Indies.

The Havelock Nelson Manuscripts (MS 51) in Queen’s contain many autograph manuscripts, original scores, orchestral parts, music for radio plays, scripts and programmes, relating to his work with the BBC and beyond. Compositions include incidental music for radio plays, songs for choirs and arrangements of both traditional Irish airs and well known classical pieces. The collection was donated by Havelock Nelson's son Graham Nelson in January 2010.

Access a listing of the Havelock Nelson Manuscripts (MS 51).

The Gibson Massie Collection, compiled by Belfast based bibliophile and 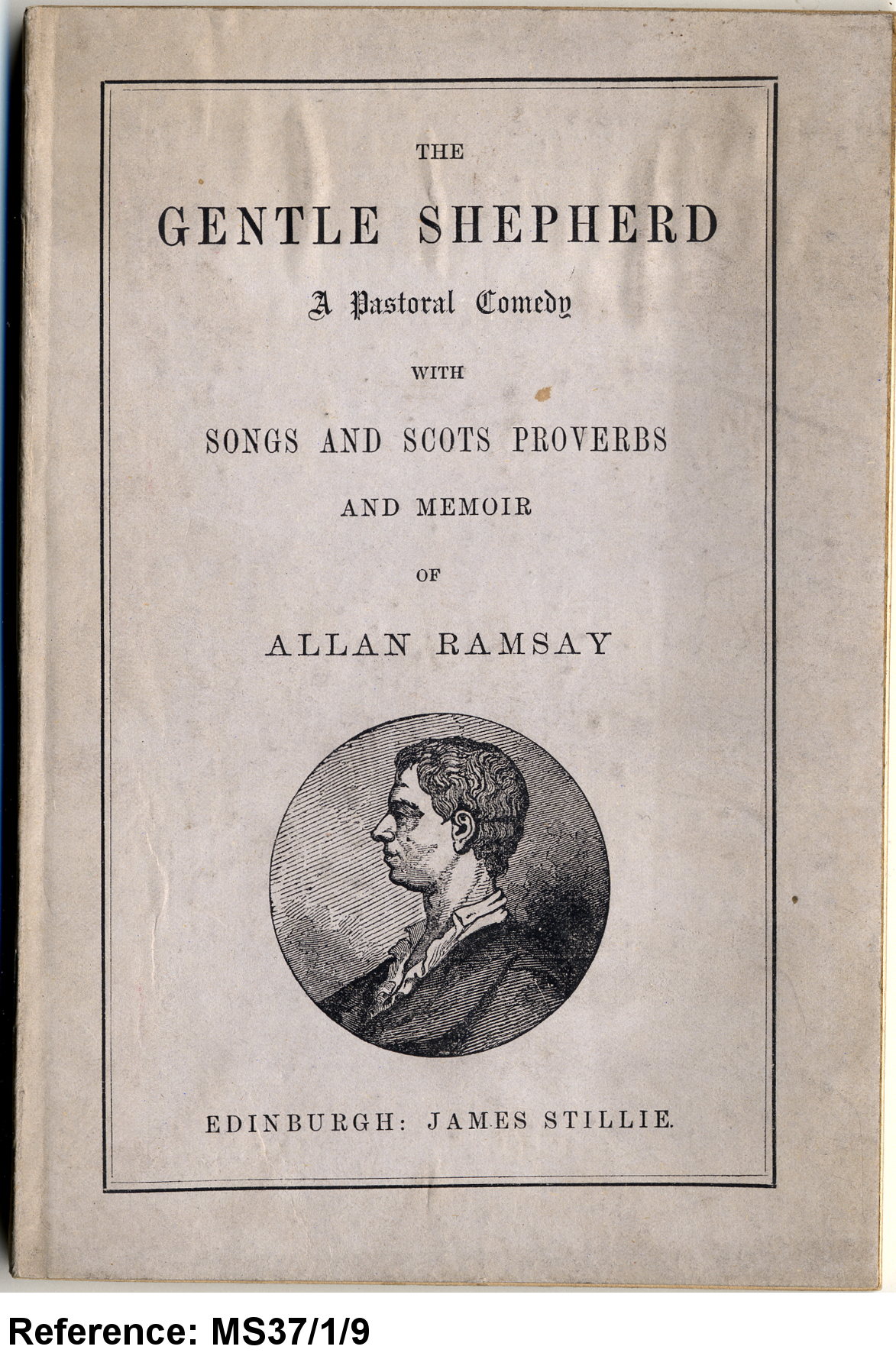 The books provide an excellent record of popular and contemporary music, humour, satire and culture of the time, especially within Scotland, but including the wider British and Irish contexts.

Samples from our Music Collections 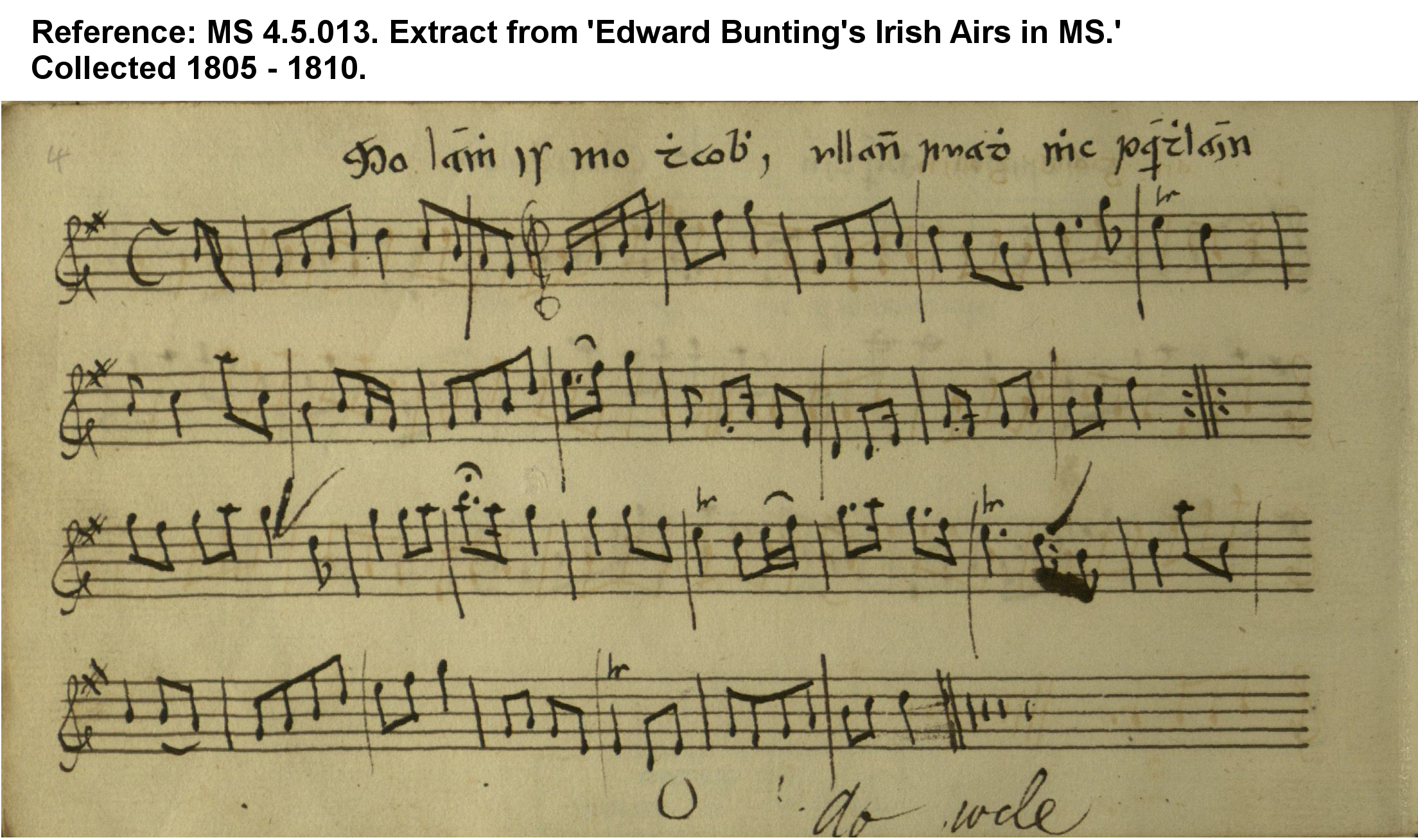 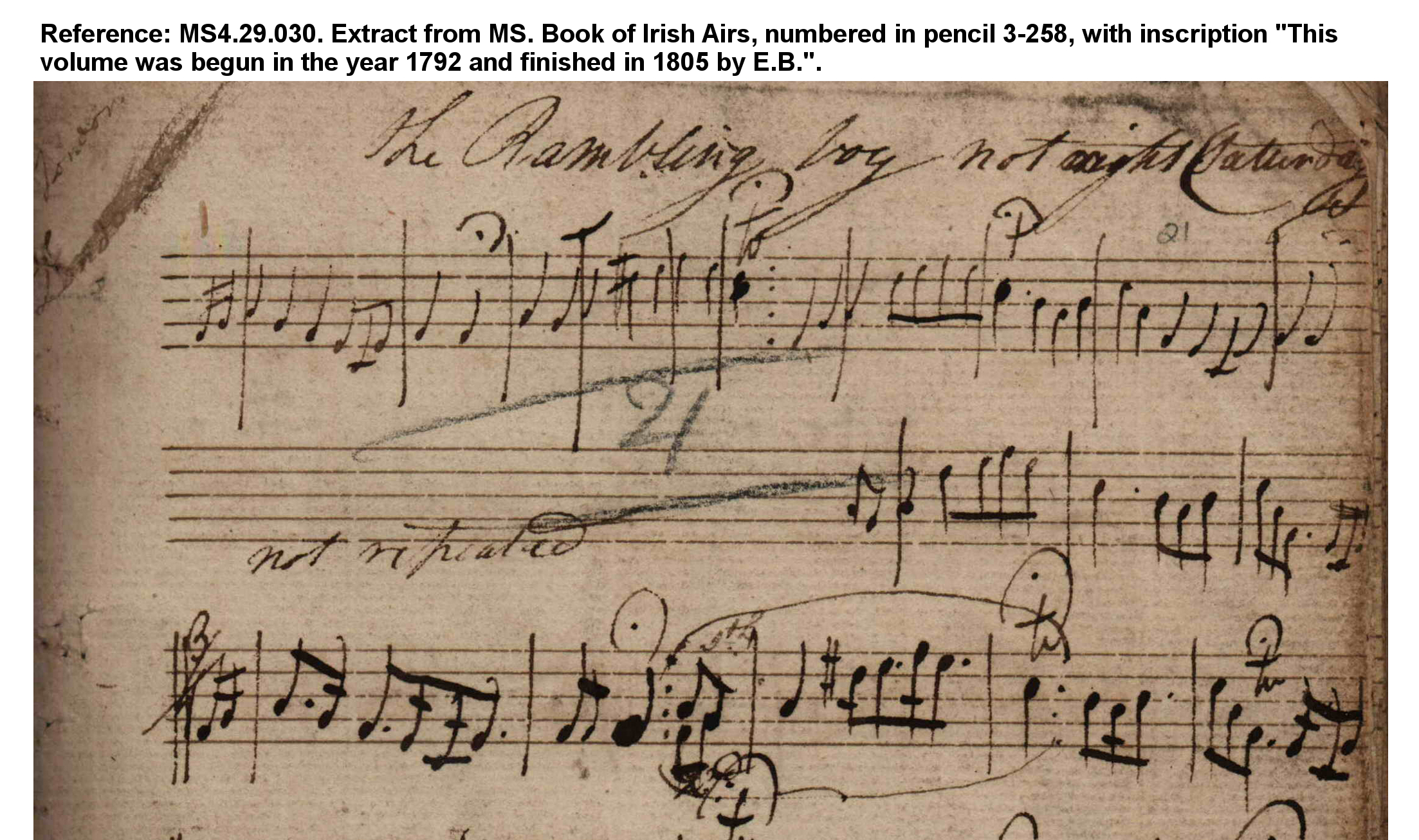 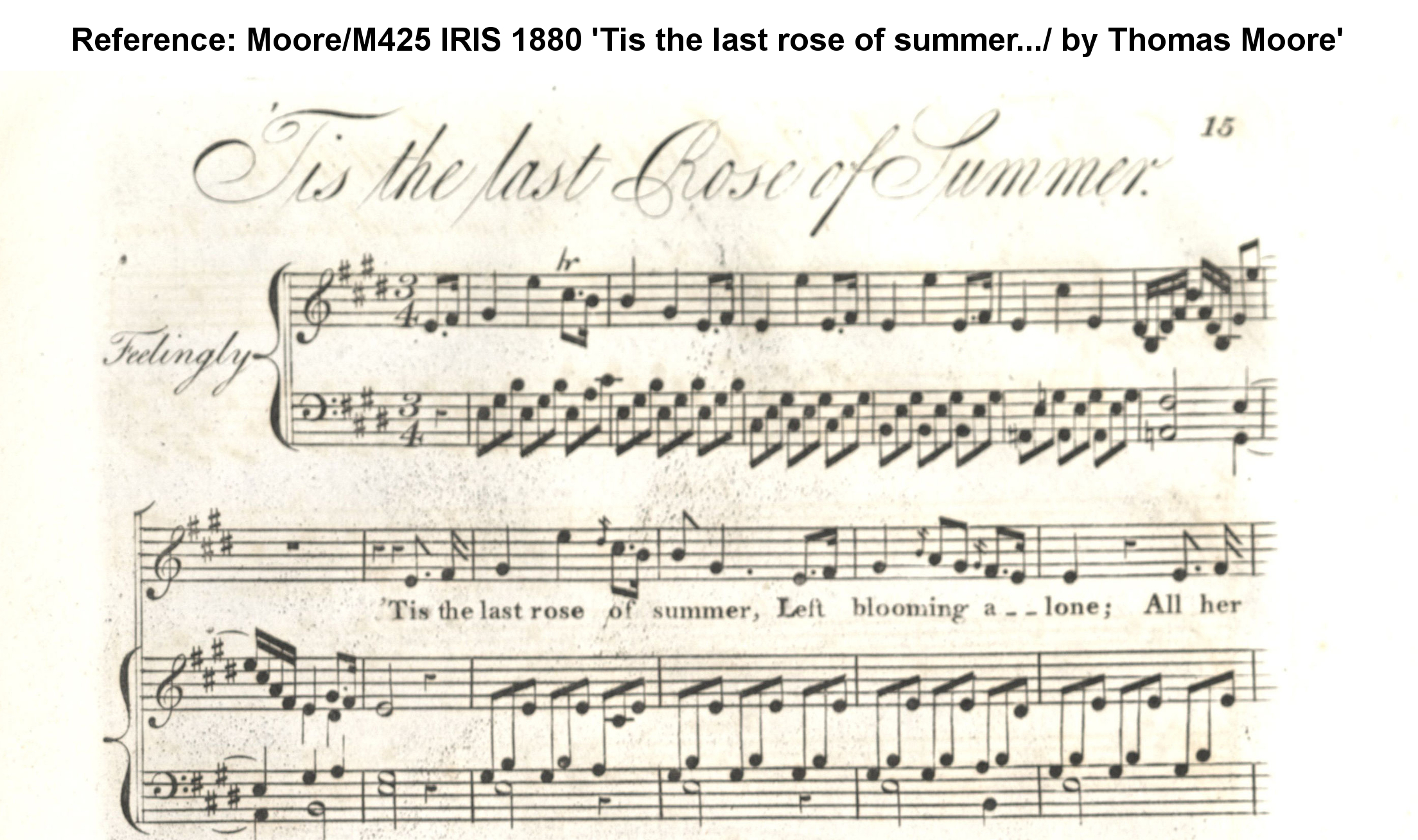 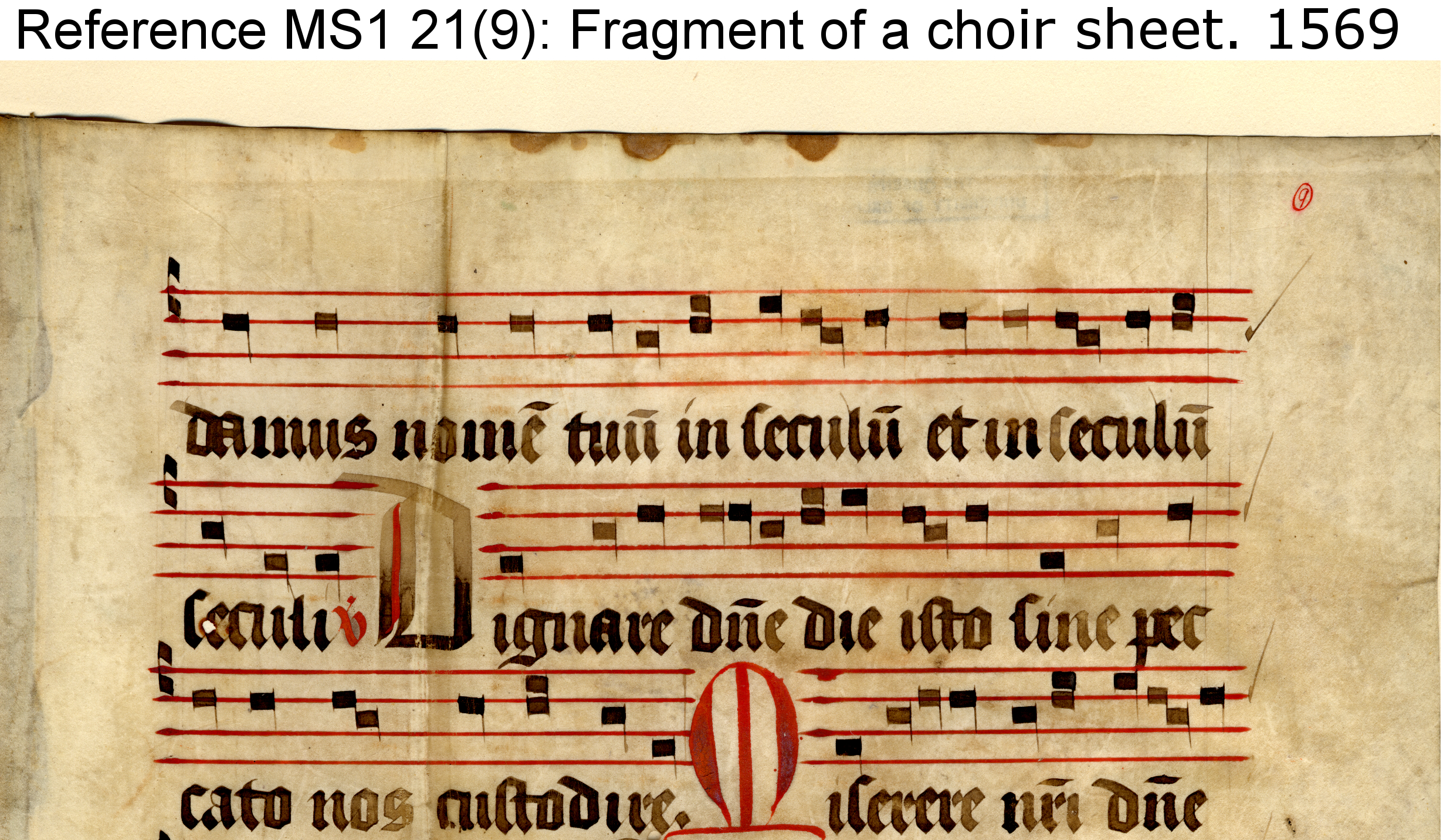 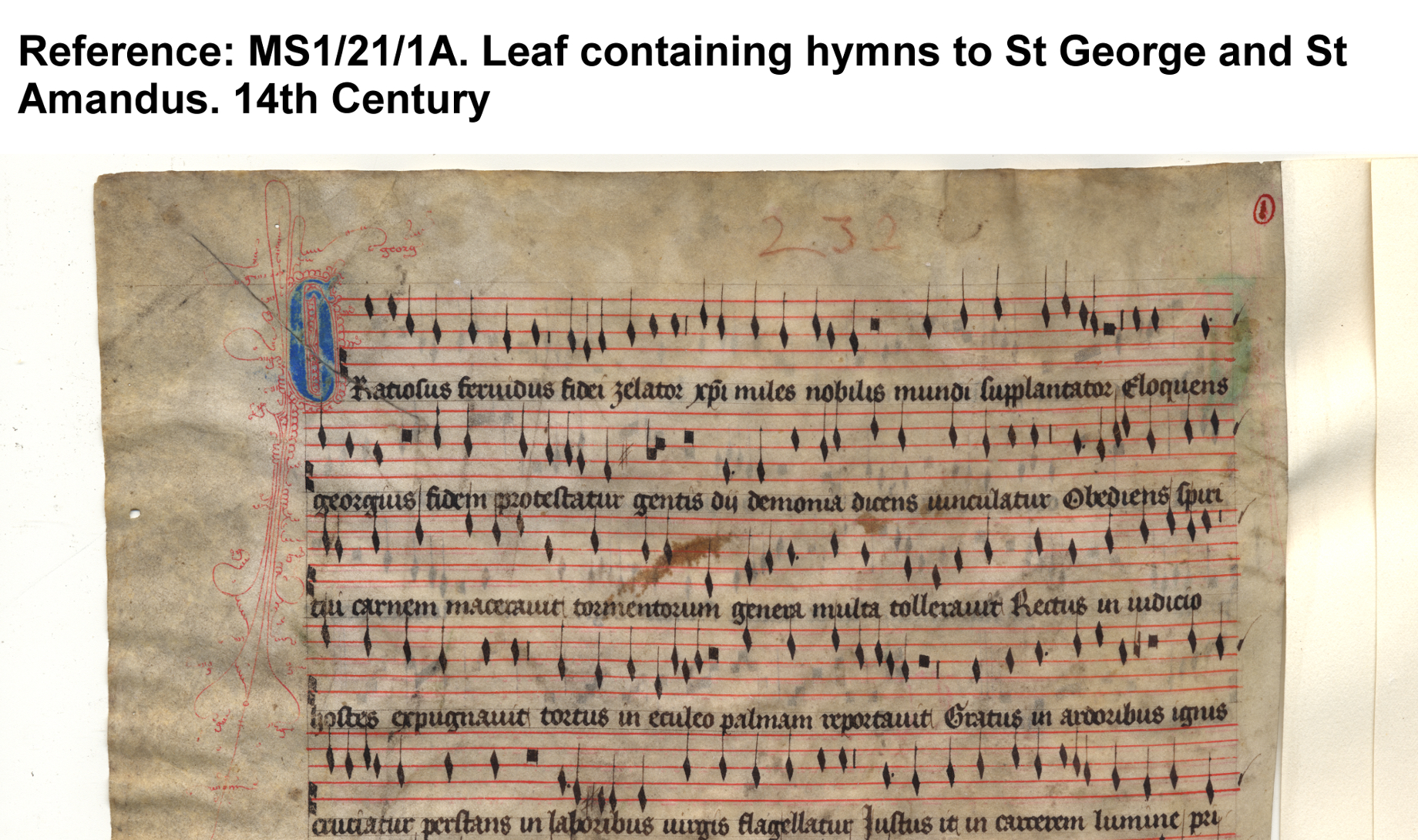